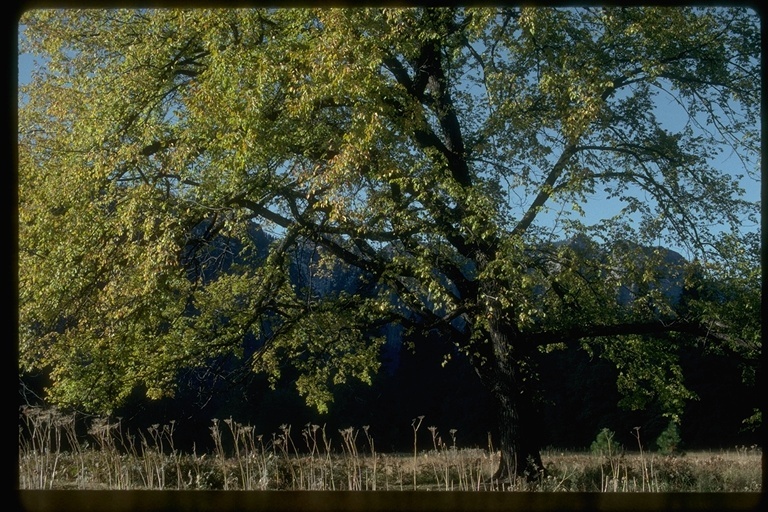 Ulmus americana (American Elm) is a species of tree in the family Ulmaceae. They have a self-supporting growth form. They are listed as endangered by IUCN. They are native to Eastern North America, North America, United States, The Contiguous United States, and Canada. They have simple, broad leaves, green flowers, and samaras. Flowers are visited by Red-eyed vireo, Picoides villosus, Mordellistena aspersa, and Picoides pubescens. Individuals can grow to 37 m.

EOL has data for 82 attributes, including: