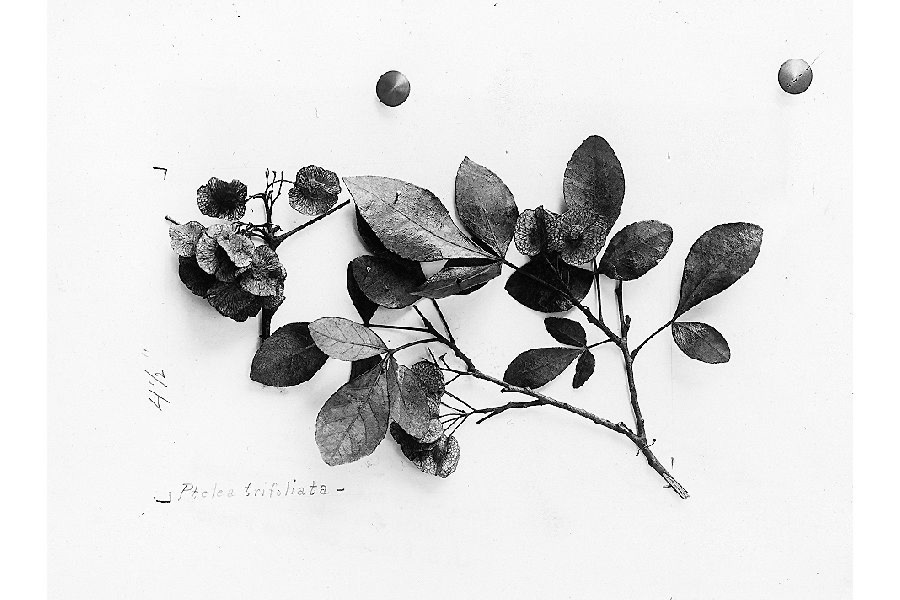 Ptelea trifoliata (Common Hoptree) is a species of tree in the family Rutaceae. They have a self-supporting growth form. They are listed as of special concern by COSEWIC. They are native to Western North America, Eastern North America, Canada, North America, and The Contiguous United States. They have compound, broad leaves, yellow flowers, and samara. Flowers are visited by Dalmannia nigriceps, Eight-spotted Forester, American Snout, and Myolepta nigra. Individuals can grow to 25 feet.

EOL has data for 77 attributes, including: